Guide to the Database of Violence 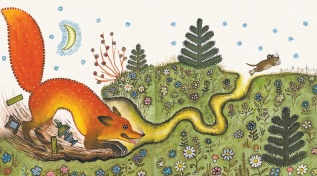 What is The Database of Violence against LGBT People in Russia and how to use it?

This Database is a full list of Russian media publications on violence against LGBT population. Currently, the Database includes newspaper and journal articles, as well as web-sites entries from a larger database Integrum for the period from 2011 to 2016. The Database contains more than 4000 entries. Included materials satisfy the following criteria: (1) it is a publication in a Russian media (SMI); (2) the publication is about violence; (3) the publication notes sexuality of the victim of violence as lesbians, gay men, bisexuals, or transgender persons; (4) the episode of violence was committed in Russia. The Database is a systematized source of information for further academic, student and advocacy research.

Open the Database of Violence (opens a new tab)

The language of media does not always corresponds to the common categories of sexual identities under the umbrella term LGBT. In earlier publications, many archaic terms could be used, such as ‘gomoseksualist’. In later publications, in reverse, journalists’ vocabulary is quite rich. Yet, all terms are united in four groups in this Database:

One of the cases involves violence against a lesbian and a gay man; this is indicated as ‘lesbi+gay’ category.

In accordance with the methodology of previous research (Hate Crime against LGBT in Russia), all criminal incidents are divided in three types:

The Database points to location of the crime with the accuracy of city, town or other locality. It does not show concrete addresses (such as street or avenue names). The Map of Violence is based on this Database, but locations are spotted on streets and avenues automatically there. This does not mean that a particular incident of violence has been committed at that particular place, but the geolocator just marks the city or town where the episode has taken place (normally, the city centre). In the cases when precise address of a crime is identified in the media materials, this precise address is located on the Map. To get reliable information, it is important to double check all data in full text publications available through the Database.

The Database contains dates of publications, not events that have taken place. Usually the publications result from recently committed crimes or these might be follow up materials (on advancement of trial, for example). Hence, some events could take place considerable amount of time before actual publication about them (months, six months, etc.). For more accurate information, follow the links to the full-text publications available in the database.

The database includes media reports that report the same incident. Thus, several dozens or hundreds of publications in different media may stand for just one event as regional and federal newspapers report the same crime. In addition, the media sources may follow the development of the event and cover its various stages: from committing a crime to sentencing. The database includes all of these materials, but only single victims and incidents are shown on the Map of Violence. In the current version of the database, publications for one event are not grouped together.

How the Database Works

The Database works online and offline.

You can display all entries of the current online database on your screen (more than 4000) and sort all materials by date, source, region, sexuality of victims or type of crime. Alternatively, you can display entries that fall under only some of chosen criteria: for example, only crimes against “lesbians” in “Lipetsk” suffered from “violence” from “March 2012” to “December 2014”. In order to do so, please, click on respectful categories and choose “Pokazat” (show). Chosen categories are reset with the button “Sbrosit filtry” (reset filters) and in some browsers then refresh page.

To work with the Database in offline mode, please, press the button “Skachat dannye bazy” (download database). The Database will be downloaded to your computer in “.csv” format. Open the file and start working.

What Information Is Available in the Database

This Database is a source of information for analysis. It can serve as the basis for monitoring of violence against LGBT persons in Russia to write dissertations, reports or academic research articles. For example, the Database may be used to learn:

Since the Database contains links to full text publications on violence against LGBT people in Russia, qualitative research may be carried out with its use, as well:

Sexuality Lab. has conducted several studies with the use of this Database. We learnt what cities are most dangerous for LGBT people in Russia, composed the Map of Violence, and counted how many hate crimes are committed in Russia.

How to Cite the Database

Sociologist of Law View all posts by Alexander Kondakov